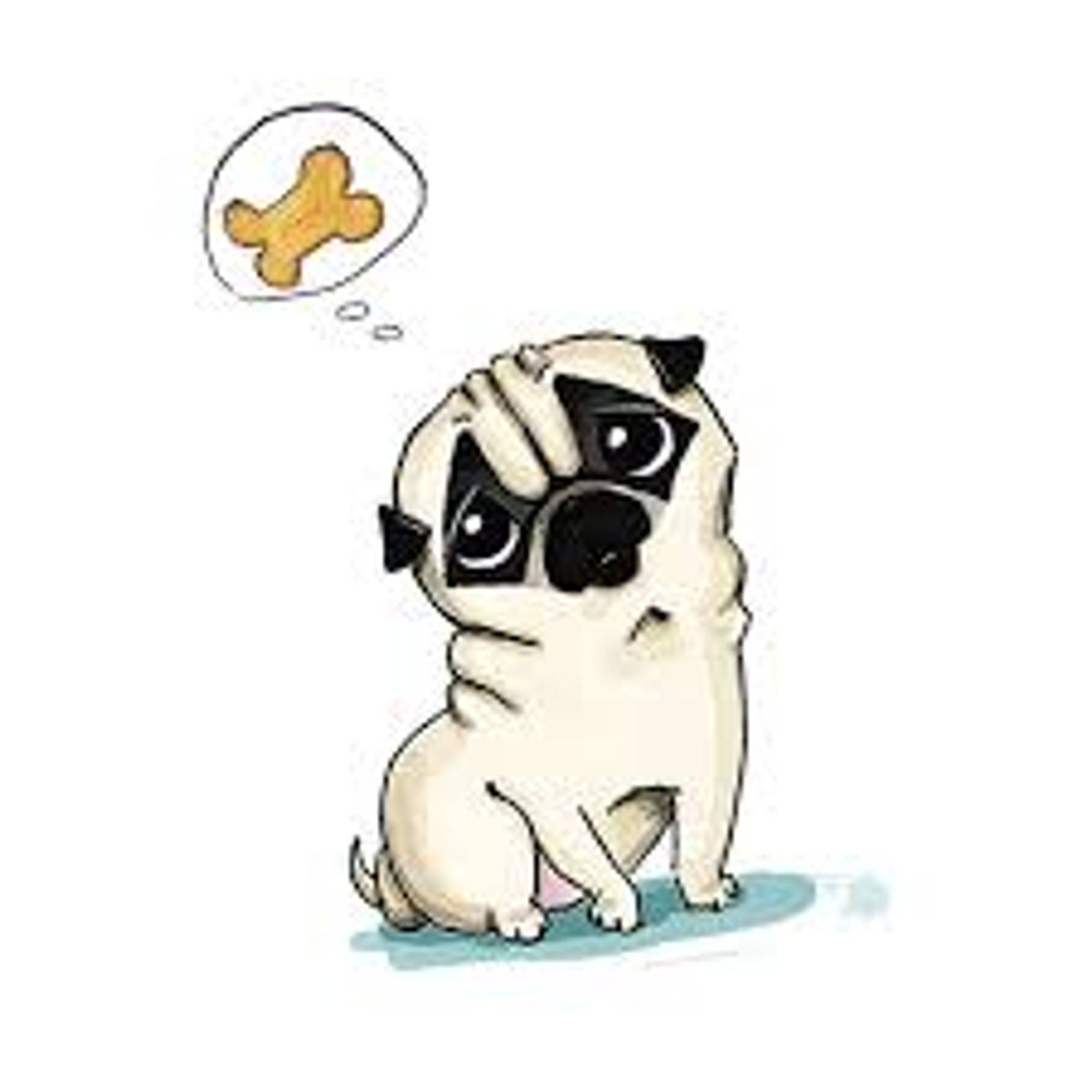 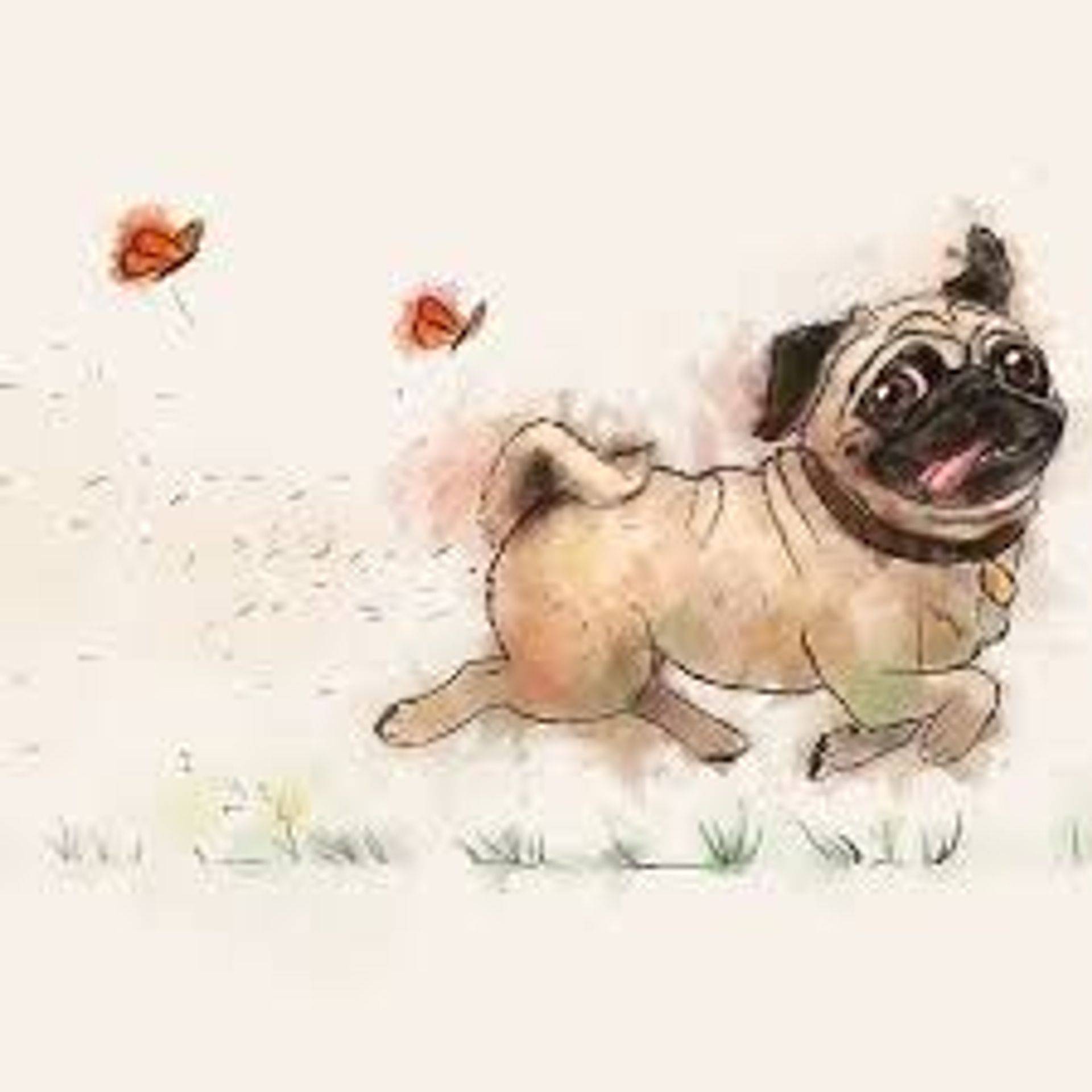 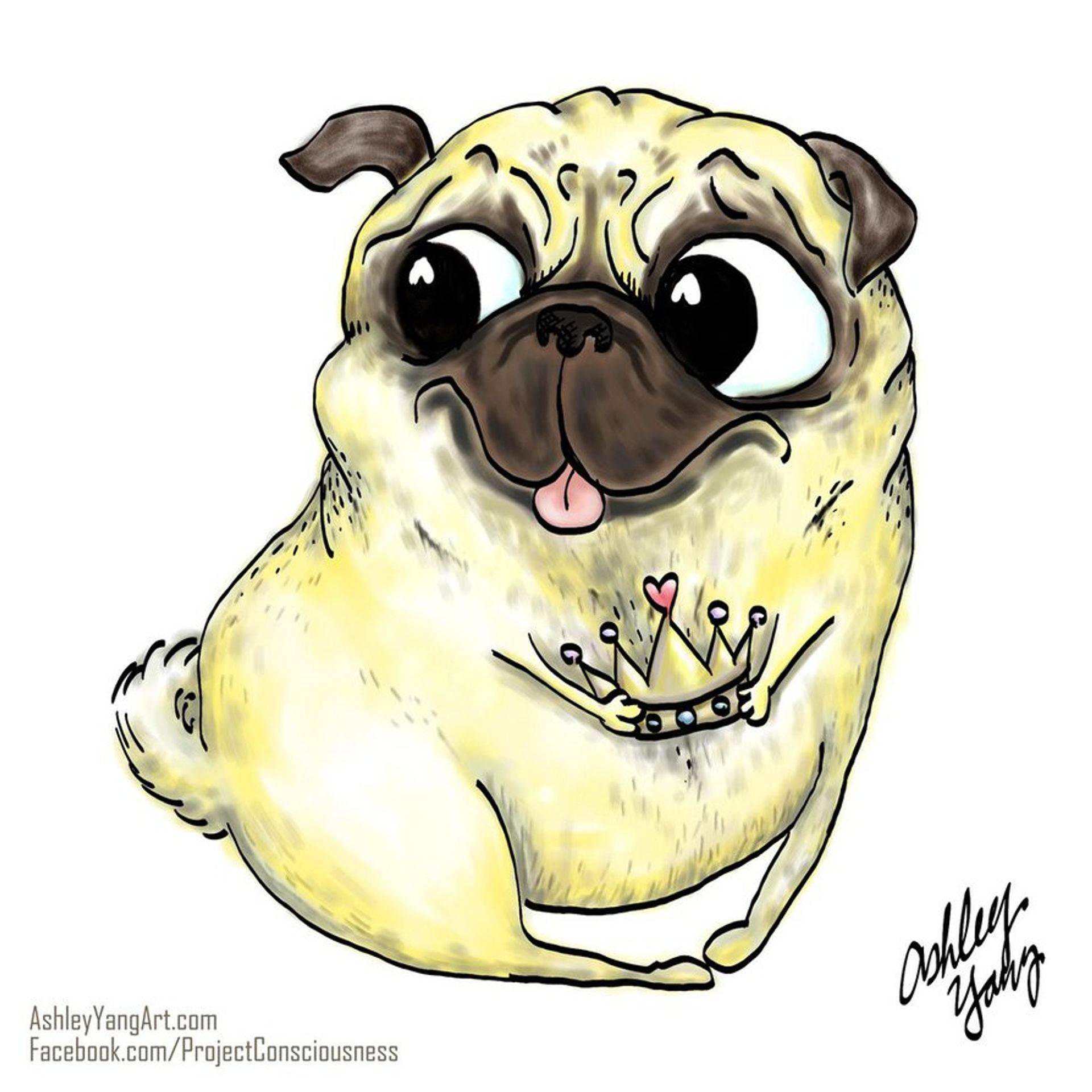 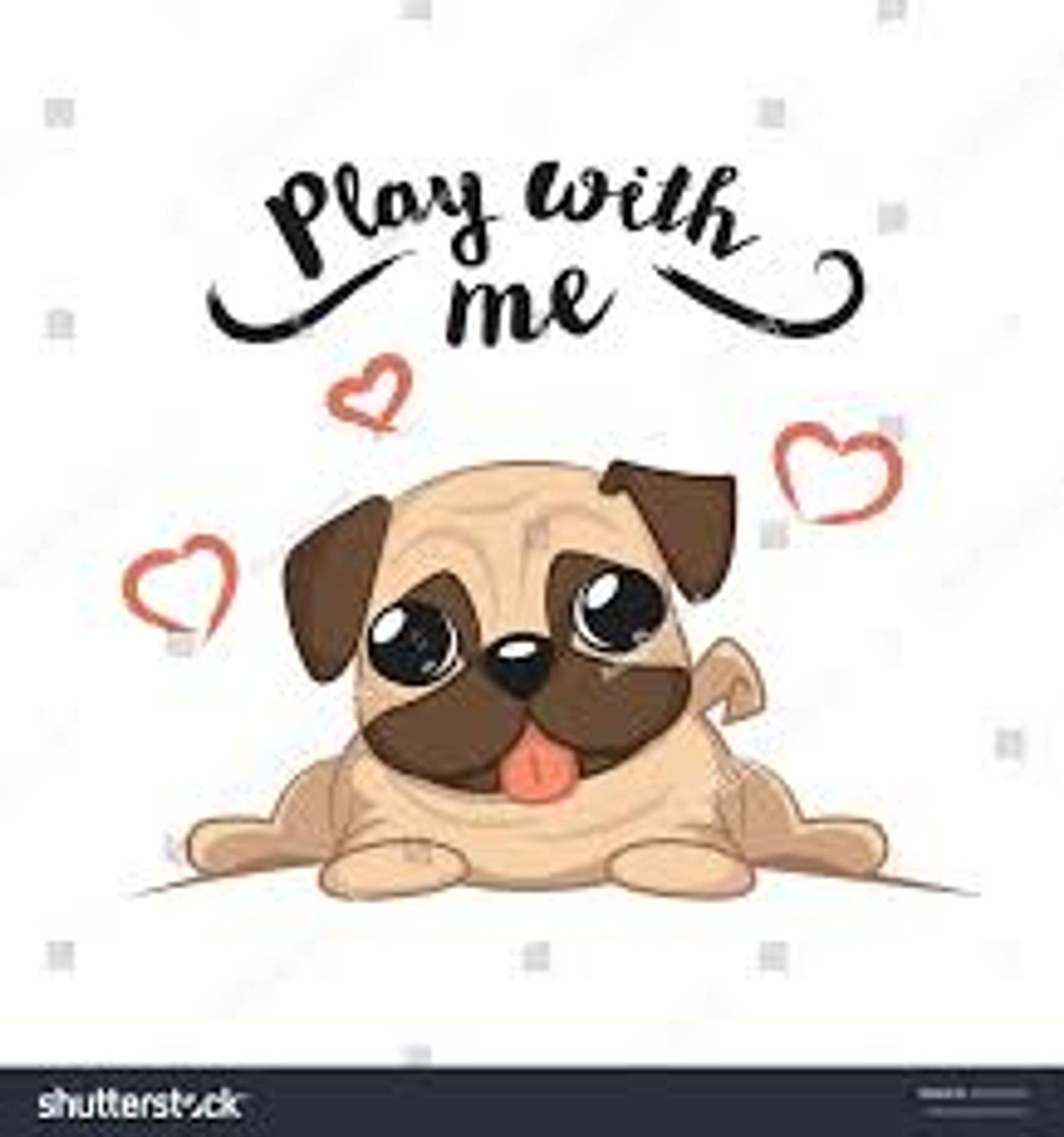 Pugs often are described as a lot of dog in a small space. These sturdy, compact dogs are a part of the American Kennel Club's Toy group, and are known as the clowns of the canine world because they have a great sense of humor and like to show off. Originally bred to be a lap dog, the Pug thrives on human companionship.

Pugs originated in China, dating back to the Han dynasty (B.C. 206 to A.D. 200). Some historians believe they are related to the Tibetan Mastiff. They were prized by the Emperors of China and lived in luxurious accommodations, sometimes even being guarded by soldiers.
Pugs are one of three types of short-nosed dogs that are known to have been bred by the Chinese: the Lion dog, the Pekingese, and the Lo-sze, which was the ancient Pug. Some think that the famous "Foo Dogs" of China are representations of the ancient Pug. Evidence of Pug-like dogs has been found in ancient Tibet and Japan.

In the latter 1500s and early 1600s, China began trading with European countries. Reportedly, the first Pugs brought to Europe came with the Dutch traders, who named the breed Mopshond, a name still used today.

Pugs quickly became favorites of royal households throughout Europe, and even played a role in the history of many of these families. In Holland, the Pug became the official dog of the House of Orange after a Pug reportedly saved the life of William, Prince of Orange, by giving him a warning that the Spaniards were approaching in 1572. When William of Orange (later called William III) went to England in 1688 with his wife, Mary II, to take the throne from James II, they brought their Pugs with them.
It is known that black pugs existed in the 1700s because the famous artist, William Hogarth, was a Pug enthusiast. He portrayed a black Pug and many others in his famous paintings. In 1785, Goya also portrayed Pugs in his paintings.

As the Pug's popularity spread throughout Europe, it was often known by different names in different countries. In France, it was called Carlin; in Spain Dogullo; in Germany Mops; and in Italy, Caganlino.

In the early 1800s, Pugs were standardized as a breed with two lines becoming dominant in England. One line was called the Morrison line and, reportedly, was founded upon the royal dogs of Queen Charlotte, wife of George III. The other line was developed by Lord and Lady Willoughby d'Eresby, and was founded on dogs imported from Russia or Hungary.

Pugs were first exhibited in England in 1861. The studbook began in 1871 with 66 Pugs in the first volume.

Meanwhile, in China, Pugs continued to be bred by the royal families. When the British overran the Chinese Imperial Palace in 1860, they discovered several Pugs, and brought some of the little dogs back to England with them.

Two Pugs named Lamb and Moss were brought to England. These two "pure" Chinese lines were bred and produced Click. He was an outstanding dog and was bred many times to dogs of both the Willoughby and Morrison lines. Click is credited with making Pugs a better breed overall and shaping the modern Pug as we know it today.

Pugs became very popular during the Victorian era and were featured in many paintings, postcards, and figurines of the period. Often, they were depicted wearing wide, decorative collars or large bows around their short, thick necks.

Queen Victoria had many Pugs, and also bred them. The queen preferred apricot-fawn Pugs, whereas another Pug fancier, Lady Brassey, made black Pugs fashionable after she brought some back from China in 1886.

Pugs were introduced to the United States after the Civil War, and the breed was recognized by the American Kennel Club in 1885. At first, Pugs were very popular, but by the turn of the century, interest in the breed waned. A few dedicated breeders kept breeding and, after some years, the breed regained popularity. Founded in 1931, the Pug Dog Club of America was also recognized by the AKC that year.

Oops! This site has expired.

If you are the site owner, please renew your premium subscription or contact support.